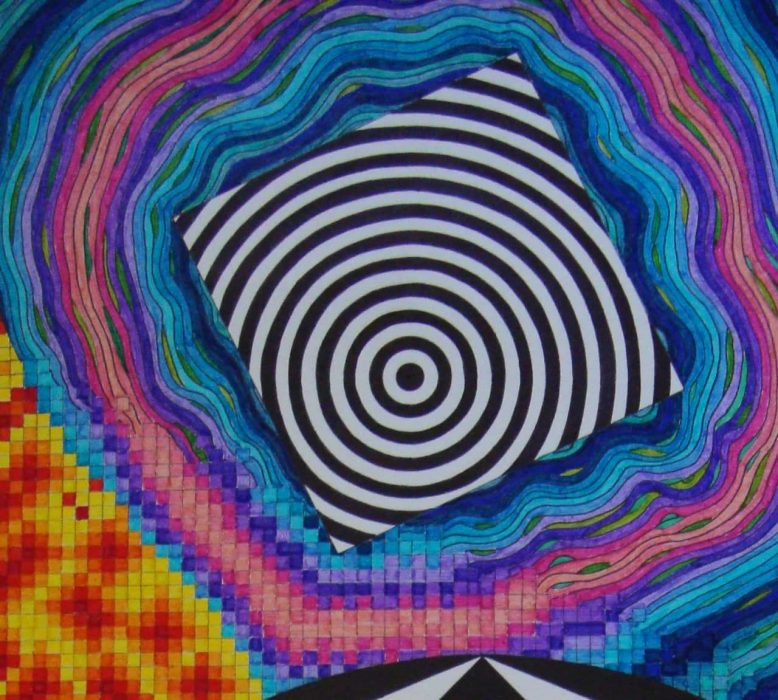 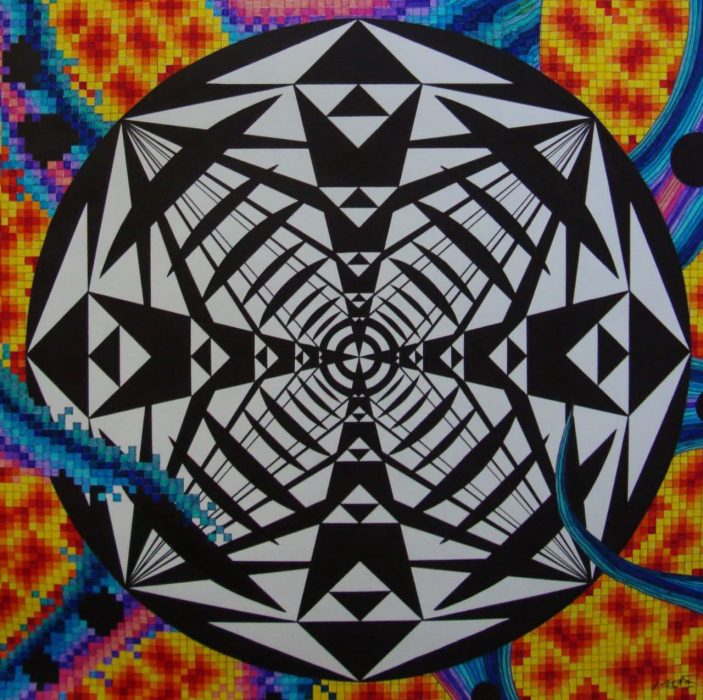 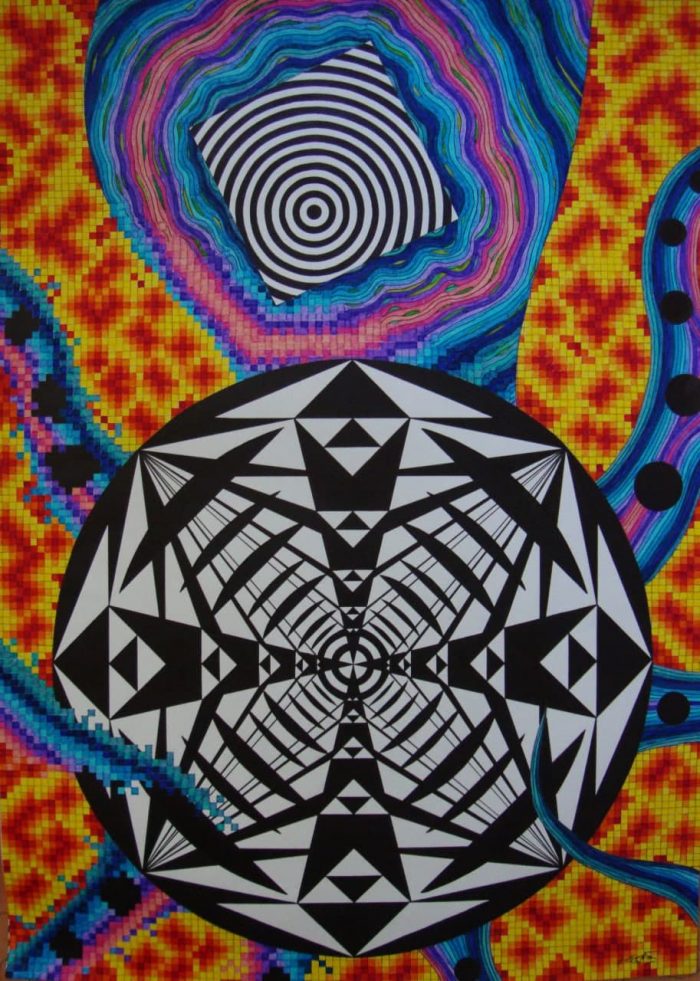 The Introverted Octopus is 10,000 days old

This is one of my paintings from “The Introverted Octopus” series with the title of “The Introverted Octopus is 10,000 days old”, the inspiration for choosing the colors and pattern on the octopus’s body came from the real world, sometimes an octopus, under aggression, changes its color in a similar wavy pattern to warn or scare away other animals.

The ideas for this painting have come from two places, one is from the album “10,000 Days” by the famous rock band Tool and another is from Mathematical universe hypothesis by Max Tegmark.

This is a painting about “Pain”, “Change” and “Living in a weird, confusing and unintelligible world.”

You can see an octopus in a fiery pixelated world, some parts of his body have become pixelated and other parts are still normal, maybe he’s dissolving in his surroundings.

He’s looking at something like a disk or maybe a portal with a mathematical pattern on it(I used Fibonacci sequence for making it) and his eye has the same kind of feeling as the portal in front of him. It’s like he’s trying to do something with it. Maybe escape or transform into it!

Maybe he wants to change.

Maybe he has to change because he’s in pain.